Sliding in Broadside, in a Cloud of Smoke

Sliding in Broadside, in a Cloud of Smoke

I saw an ad in our local paper last week showing an elderly man running and the ad proclaiming that the better runners are those who are running in their 60’s.  There was a strong implication in the wording that followed that younger runners don’t have the grit nor the spirit of the older runners.  I had some thoughts on that.

The first thing that came to mind for me, before I was even finished reading the ad, was that the architect of the ad had no clue as to what real grit was.  If you’re still running when you’re in your sixties it doesn’t mean you’re better, wiser or stronger, it only means you’ve lived a life free of injuries through shear luck or avoiding the risks that produce injuries that could limit you in your older age.

Now, this is not to say that you can’t lead an adventurous or interesting life without taking physical risks.  I don’t mean that at all.  There are plenty of people that never took a risk physically but lived tremendously fulfilling and interesting lives.  An example? How about a gifted writer?  He or she is not about to get injured short of carpal tunnel.  How about a gifted speaker?  Unless someone in the crowd hits you with a very large tomato, I think you’ll be risk free.

So my point is not that you must sustain some life altering injury in order to be adventurous, nor that running in your sixties means you’ve never done anything physically risky.  My point is that, just because you haven’t had an injury, don’t knock the people that have gone out and risked it all in the name of adventure and sustained those life-altering injuries.  They may not be able to run anymore but they most certainly have grit, determination and are some of the best people out there, because of their injuries. 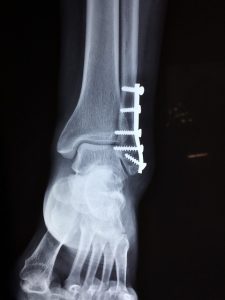 So, I understand that the ad was probably a bit tongue and cheek and was more about rallying the older demographic than to actually throw insults at the younger, or injured runners.  I’m not writing this blog to bully the ad architect, but it did get me thinking deeper about these types of claims and what they imply.  I thought it deserved scrutiny.  Isn’t that what a blog is for?

Hunter S. Thompson wrote it best; “Life should not be a journey to the grave with the intention of arriving safely in a pretty and well-preserved body, but rather to skid in broadside in a cloud of smoke, thoroughly used up, totally worn out, and loudly proclaiming, ‘Wow! What a ride!’ “

If you’re in your sixties, injury free and not sliding in broadside, it’s time to pause and reflect on how fortunate you are, not on how much better you are.  It may, depending on the person, be time to take a few risks, “live a little” as they say.  Risks don’t always involve personal physical injury, but let’s face it, taking risks can develop one’s character like nothing else can.

When I was younger I’d been called “the orthopedic poster boy” with four knee operations, one back operation, a broken right hand, a sawed off finger on the left hand, a cracked sternum, not to mention a hernia operation, and I stopped counting the flesh wounds at 300 stitches.  I had two careers, prone to injury, as well as 30 years of martial arts behind me.  However; in all the injuries I’d sustained, I wouldn’t change a thing.

I had previously been a general contractor for 25 years and during that time span, I was on rather large job and it is here that I introduce this analogous story.

It was a Friday at the end of the day and half a dozen of us were standing around chatting. After a few years on the job, we’d gotten to know each other pretty well.  It was a mixed group with some sub-contractors and some employees but we were all working contractors that actually swung a hammer so, we were carpenters as well.

Because of that, the conversation started to roll around to injuries and, whenever accidents or injuries came up around carpenters, there was never a shortage of stories to compare.  Some were down right frightening, others were just hysterical . . . to guys that is.   It seemed that no matter what story you came up with, someone would have one that was worse, or rather, more “cringe-worthy.”  It was actually fun to hear the humor that was drawn out of their personal experiences, even though they couldn’t have thought it funny at the time.

While we all were talking, there was a young guy, about 20 years old, coming down a ladder.  In the midst of our conversation, he interrupted all of us and arrogantly, with a smirk, proclaimed that he had never hurt himself and that all of us, yes, all of us, were just careless and that’s why we all had these injuries to compare.

At that point, complete silence fell over everyone there.  It lasted just a few seconds and then, all at once, as if choreographed, everyone busted up laughing and the laughter continued for quite a while.  I had to calm everyone down and, while I was still holding back the laughter, I explained to this young carpenter that there were only two reasons that he hadn’t hurt himself yet, only two.  One, he hadn’t been working long enough in the trades, or two, that he hadn’t taken any jobs that had enough risk in them to have injury potential.  I told him that if he worked long enough, he was going to get hurt.  It was simply a matter of time.  In all the years I worked, I saw no exceptions to this rule.  It was almost as if we were looking at a swimmer who claimed he was never going to get wet.  It seemed obviously inevitable to all of us.

That brings me to my point of this blog and why that ad I mentioned was disturbing to me.  If you’re in your 60’s and still able to run, not jog, but run, then you’re either extremely lucky in having jobs and life experiences that allowed you to steer clear of danger, or, you haven’t taken enough risks in danger related occupations or sports.  It’s usually the latter.  Sixty years of injury free living is rare, unless you’re a book on a shelf or you decided to avoid anything physically risky. 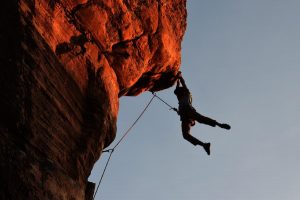 Joe Montana is a great example. He’s in his early 60’s now so according to the ad, since he’s unable to run now, he’s not one of the best. Now for those of you too young to know who Joe Montana is, or if you’ve never watched him play, you should look him up.  He was one of the greatest quarterbacks of all time.  So as you can imagine, knowing what it takes to win four Superbowl’s and the process of getting there, you would also know what a toll it took on his body.

In a 2015 interview with ESPN Joe mentioned the toll his 15 year career took on him. According to Joe, just to name a few problems; arthritis in his hands, a balky knee, a bad neck with three neck fusions and nerve damage to one eye that gave him a “lazy eye” when he got tired.  He also broke his back and had numerous knee surgeries. In spite of the knee work, he still couldn’t straighten his knee.  He went on to mention all the things that he couldn’t do now with his wife and kids, one of which was to run.  So when I see an ad talking about if you’re in your 60’s and running, you’re the best or better, all I can think of is how fortunate those individuals are to still be able to run.  The last thing I’m thinking about them is how much better they are than anyone, anyone at all.

Joe Montana is a guy who is living his life, sliding in broadside, totally used up, saying, “What a ride!”  I agree with that.  Now I’m not comparing my injuries to Joe Montana’s, not even close.  But I do know that if I could go back in time,  I wouldn’t change my careers, or my life in martial arts, in order to avoid the pain I feel today. If I did, I wouldn’t be me. I wouldn’t have learned the lessons that pain is so good at teaching us. I wouldn’t have the memories, the stories, the friends or even my wife.

Goethe once said, “The dangers of life are infinite, and among them is safety.”

Memories make us who we are.  Life experiences give us the wisdom to help others through having learned empathy.  The risks we take as well as the injuries we get in taking them, shape our character.

Try sliding in broadside.  It’s worth it.  If only for the story.

The Gatekeeper of Your Soul

Death After Life After Death