Oh No You Didn’t

Oh No You Didn’t

An unknown sage once quipped, “Those of you that think you know everything are annoying to those of us that do.” For anyone who is, or has been, at the top of their game, in any field, they can relate. We’ve all heard that person who talks up a storm about a subject that, if you were unfamiliar with it, you’d be impressed. The cool jargon with that air of confidence, second only to their arrogance, that fuels a story into viral status amongst their friends or fringe followers. Few people will question what they hear because they’d rather it be true than find out otherwise because the story is, after all, just too fantastic to let it go.

That brings me to the pet peeve of many morticians or embalmers. The story goes something like this.

“You’re not going to believe this (and you shouldn’t) but when I was at my uncle’s funeral parlor when I was a kid, I went into the back-room with my uncle and when we were in there, a dead body sat up, right off the table!”

Sound familiar? A better question might be, sound possible? Before I touch on the possibility of what these people think they saw and it having actually happened, let’s take a quick look at some of the inherent variables that always seem to be present in one of these claims. 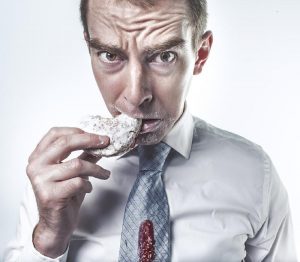 Number one is that it’s always a relative’s funeral home. It’s not a random funeral home or visitation room or wake or anything like that, it’s always “at an uncle’s” or “at a friends dad’s” funeral home. Number two, it’s always in the “back room” or “embalming room”. Why do the bodies only sit up in “the back room” and not during a funeral service or wake? Number three, these dead bodies are always doing sit-ups, not push-ups or rolling over, just sit-ups. These three variables should give you pause. Even if you didn’t think about the enormous physiological assumptions you’d have to make that would allow a dead body to sit up, you’d have to think for just a second that . . . maybe it was the uncle or friend that was under that sheet. (It was your uncle or friend under that sheet.)

For the sake of argument, let’s say it wasn’t your dad or uncle or a friend pulling your leg. Let’s say it was an actual person who was deceased. What is involved with a dead body doing a sit-up?

Let’s take a second and review what it would take for a human to sit up. Let’s forget that since you’ve been on that Twinkie, soda and pizza binge for the last 25 years you can’t even do one sit now while you’re alive and kicking, let alone if you were dead. But let’s assume that after you die, you’ll be in better shape or, at least doing sit-ups. So let’s just say that the person who had died and was on the table at your uncle’s funeral home that memorable day, was a former Olympian, gold medal “sit-upper”.

I’m not a doctor, nor have I been to any type of medical school but that doesn’t mean that common sense, with a small amount of effort in educating myself, even for an hour, along with some deductive reasoning, can’t get me to the point of, “what’s the most likely thing to believe?”

Here’s an example of what I’m talking about when I say, “even though I haven’t attended medical school, I can still come to an accurate assessment of these claims.”

Let’s say you had a fender bender and brought your car in for repairs. You’re not a body-man but when you walk up to see how they’re doing on your car, you notice the body-man is mixing up some Jell-O to smear on your car to repair the dent. You raise your concerns about the knowledge level of this body-man but his manager’s reply is to ask you if you’re a body man! You say no, so he then follows with, “How can you know if this is the right or wrong procedure for the repair then?” 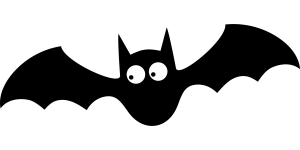 This is often times how arguments go; he who has the most expertise in the area wins, no matter how illogical it may seem. To know this is flawed thinking, all you have to do is talk to any engineer. If there were no mistakes, then there would never be any recalls on autos or space craft for that matter. Sometimes, as they say, “common sense isn’t so common.”

So, to wrap up the question of “can dead bodies sit up?”, let’s move forward. Without naming all the muscles that have to engage in order for the body to do a complete sit up, let’s just say, do some research and you’ll find that, it’s a lot of muscles and tendons and brain firing.

Your abdominal muscles will only get you to the curl part of a sit up so it’s not just one group of muscles. You also have oblique’s that are both internal and external not to mention all the hip flexors and assorted back muscles that work in conjunction with the abdominal muscles. All these muscles have to engage, in a particular order, under a particular strain, all under the direction of the brain firing different commands in a very specific order. How can a dead body do that with no brain and no direction of order or balance of strain between the muscle groups?

So what is more likely to believe? That the perfect synchronization and balance between muscles and brain synapses happens randomly while you’re dead, or that your uncle or friend was under that sheet? Bob’s your uncle.

Soul Searching – Do the Deceased Visit Us?