Evil Exists. Therefore, so Does Eternity

This is a continuation of Time & Truth.  If you haven’t read through Part-1, please do so before reading Part-2.  What’s below will make more sense then.

For the sake of argument, and so I can continue, let’s say I’ve made a case, or at least a case to consider, for the existence of an objective, absolute moral truth. If this is true, then it’s one step toward a reasonable assumption that eternity exists due to there having to be an intelligence that’s outside our time and space, and that is capable of putting that moral law on all our hearts for us to know. If that intelligence exists outside of time, and we understand how we know, what we know, then it’s a short leap to assume our existence in that same space after death.

My next proposal will be; if good and evil exist, so goes eternity. No, I haven’t lost my marbles.

So you might be asking, “How does it follow that since good and evil exist, eternity does as well? What’s the matter with you!?”  It follows the same lines in that, for good to exist, there must be evil as an opposing reference. If there is such a thing as good and evil, then there will have to be a moral law that differentiates between good and evil. If there is such a law, it would have to be outside of time and space and also have an author who penned it.   Otherwise you couldn’t know what evil was with nothing to compare it to.  As C.S. Lewis said, “To complain that a stick is bent makes sense only in light of the concept of straight.” He also said, “A portrait is a good or bad likeness depending on how it compares with the “perfect” original.

But if there is no standard to define good or bad, then there is no “good” or “bad.”  We instinctively live as though a standard for right and wrong certainly does exist, even if we don’t agree with it.

Good & Evil Were Not Created

Good and evil were not created, it was the potential for good and evil that was created by allowing for us to be creatures of free will with the moral code within us. Free will brings about our ability to make choices and we, as humans, let’s face it, tend to bend toward evil.  There are a lot of good people but even “good people” given the position of power, may bend toward evil.  If it weren’t true, every country in the world wouldn’t need a military or military protection.  We wouldn’t need police, body guards or locks on our doors.  Evil exists and the potential for evil is always present.  If you didn’t believe that, you’d feel free to travel to any city, state or country and walk any streets at anytime of day or night. We know we can’t live that way and we don’t, even if we deny it. 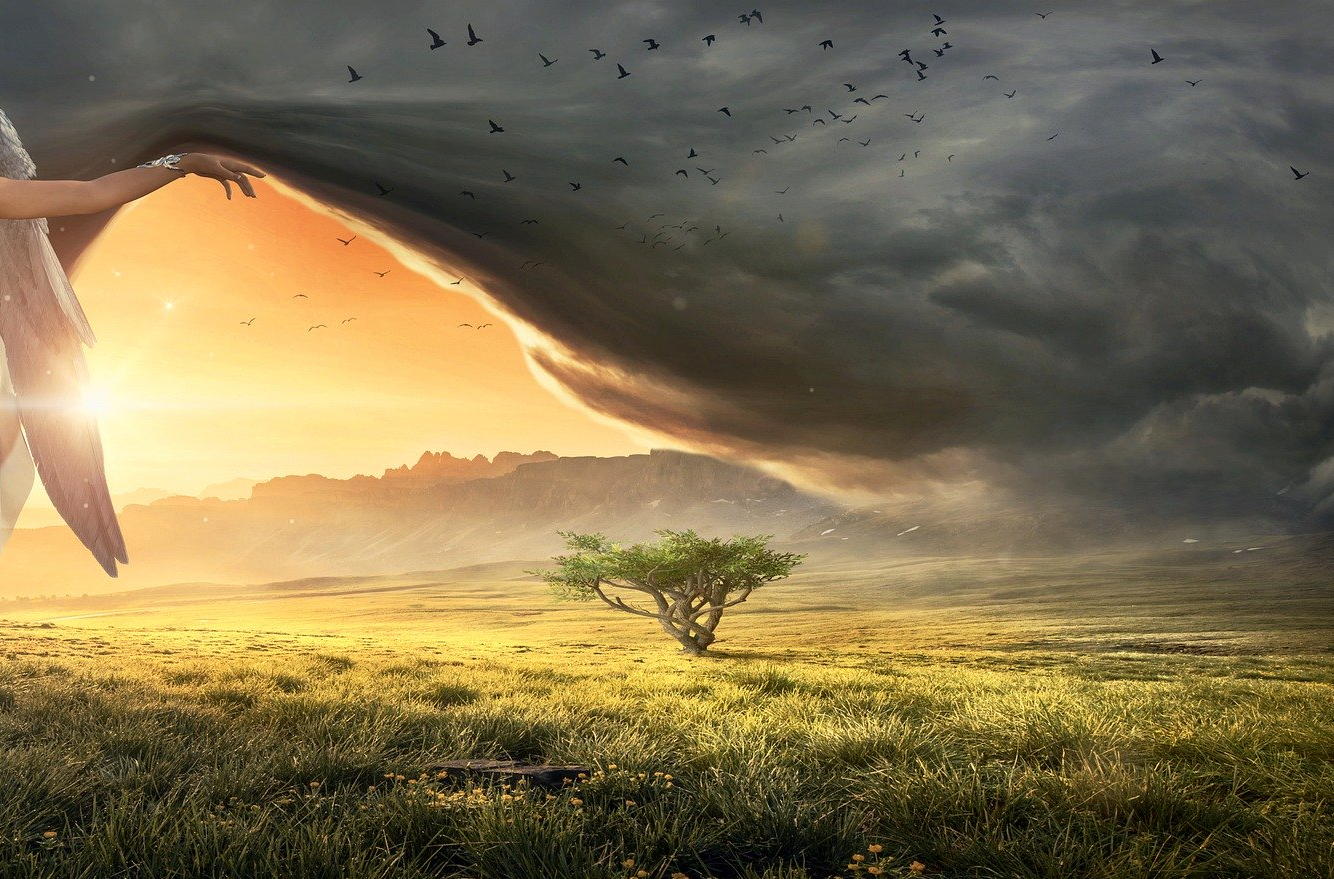 We know evil does exists because we recognize good.  Imagine you’re at a party with a friend and you say to your friend, “That guy over there is such a nice guy, really a kind soul.”  That statement would make no sense if you could not define good or evil. To boot, if the person you were making that statement to had never experienced anyone who wasn’t nice and kind, they too, would not see a point in your statement or even know how to make sense of it.  It’s only because we are making a comparison to evil and drawing on the experience of the person we’re making that statement to. We’re assuming, accurately, that they have experienced an evil person and can therefore make sense of your comment. Not only are you assuming they’ve experienced evil, and assuming they understand your comment, you’re going so far as to assume they can appreciate the existence of a “nice and kind” person who we all instinctively appreciate and prefer to be around.

Is Evil Simply a Matter of Perception?

So if someone says that there is no such thing as evil, and that it’s all an illusion and a matter of perception, then why ever make a statement about something being good?

Wouldn’t you just assume that everyone knows that evil is just an illusion and a matter of perception? So why state the obvious about someone being “good”?

If evil doesn’t exist and it’s all just how we perceive people that we don’t agree with, then how does one explain Auschwitz or the other hundred or so death camps that the Nazi’s ran from 1938-1945?  Were all those death camps simply perceived incorrectly? Was it all just a bias toward not liking Nazi’s and evil was just a matter of perception and those pesky, judgmental allied troops should have just “let it go”? 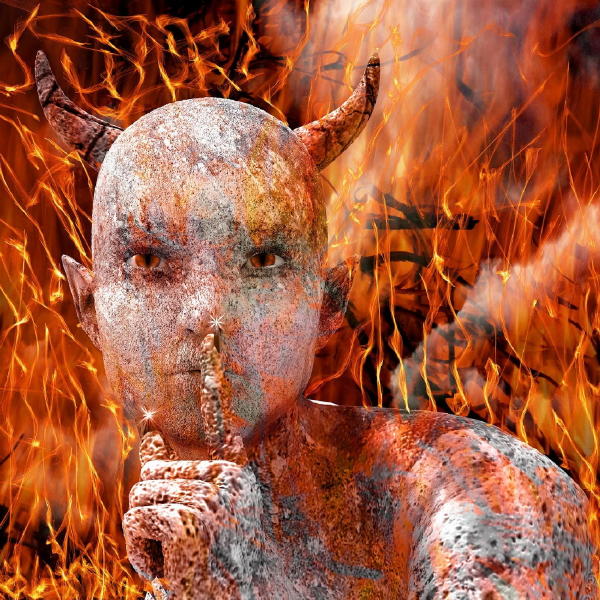 Stating that evil is illusionary may sound spiritual and make some feel as though they have reached some sort of deity status, but to everyone who had lived through the 20th century where millions were exterminated under totalitarian regimes, evil is no illusion.  It’s very real.

Again, if evil exists, so does good.  To define them we need that objective moral framework.  The key word is “objective.”  True objectivity must exist outside the realm that it’s being applied to or, it’s not truly objective.  So I suggest that again, our moral code was written outside our time and space. Remove time as well and you have an eternal existence with no clocks, no time, no beginning no ending . . . eternity.

Back to the Party

Let’s step briefly back to the party where you heard the statement about the guy being “nice and of a kind soul.”  If a relativist made that statement, he would have to borrow from an objective moral law to identify “nice, or kind” (good vs. evil) to make sense of the statement. If he were a true, dogmatic relativist, there would be no nice guys, just guys who had their own truth that didn’t match your truth or, “opinion guys.”

In a relative system, no one’s truth could be labeled “wrong” or “evil”. So a relativist, stating that a person was “nice or kind” would make little sense since he would have to label others as “evil” to do so, and according to the relativist, he lacks the system to anchor his claims to.  To do this labeling of good and evil you again need that moral framework of objective morality, the very thing the relativist denies exists.  If someone is “evil” then they’ve done something very wrong; “wrong” is only valid when objective. 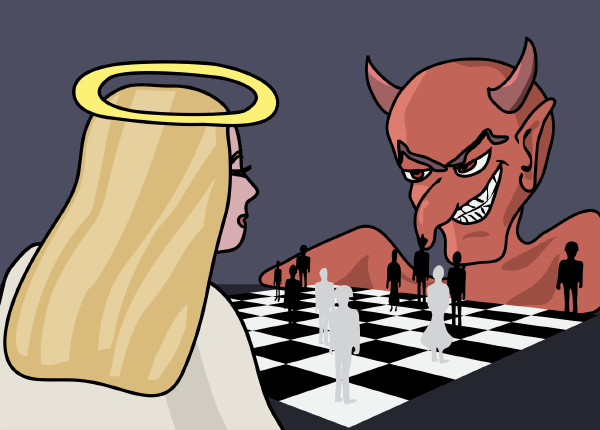 This is the end of Part 2 of 3 blogs making the case for an eternal existence. Our next blog will wrap all this up and end with an explanation of time itself.  Time has been written about extensively and has fascinated philosophers for thousands of years.  I’m just going to make a few points to hopefully encourage you to pursue more on these subjects.  We’re all on our way, we just catch the flight at different times.