When I was five years old my mom was killed in a traffic accident.  She was only 35.  From that point on, no one was going to tell me that “you only die when you’re old” and “not to think of such things, you’re too young.”  Death was a given.  It was clear to me that life could be taken from anyone, in the blink of an eye.  That got me thinking at a very young age about how non-discriminating death is.  It doesn’t matter how old we are, how many friends we have or how much money we’ve managed to gather, we will die someday.  Or should I say “any day now”.

I’m writing this blog from an optimistic, encouraging viewpoint in that, we don’t have to fear death or the afterlife and, because it’s inevitable, we should investigate the truth.  Death is simply a stage or a gateway to a continuing, un-severed consciousness that’s infinitely better.  Our goal here on this earth, in this limited time, is to train ourselves for the transition to eternal life.  Life here is measured in the blink of an eye, when compared to eternity.  While living here, we want to educate ourselves on where, in the afterlife, we’re choosing to go, and to meditate on what eternity actually implies.  Sound strange?  Read on. 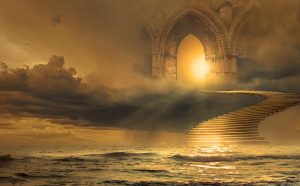 As I grew up I noticed that, in spite of the common destiny of death that we all share, in spite of the fact that it could happen to anyone, at anytime, that very few were actually prepared for death.  To make it worse, it seemed that none of us talked openly about it because if anyone did, they were morbid or preoccupied with death and missing out on life here.  Personally I believe that in accepting death and preparing for it, we can live our lives more fully here, realizing our purpose and how it relates to eternity.

George Bernard Shaw, the playwright, said it best concerning our inevitable, common destiny; “The statistics on death are quite impressive; one out of one die.”  So why were there not more people openly talking about it?

Now you’re probably wondering what I mean by “we should be preparing for death”, right?  What I don’t mean is making pre-arrangements at your local funeral home or “getting your things in order” or “saying your last good-byes.”

What I’m talking about is taking this inevitable transition from life to death, seriously.  Where will we go after death?  Do we have any control over where we go?   Should we care where we’re going or is it predetermined?  What type of souls will we be “hanging out with” when we die?  What will we be doing in the afterlife?  These are hard questions and to flippantly dismiss them with a scoff and a big smile followed with a “live for today!” is an insult to the gift of life that we’ve all been given and the purpose we’re here to fulfill.  It’s possible to accomplish more for your eternal soul by age 10 than some acquire in living to 100.  It’s all a choice in what we decide is important.

Woody Allen once quipped; “It’s not that I’m afraid to die. I just don’t want to be there when it happens.”  I’m sure Woody, being a comedian, is simply poking fun at death and is not mocking the afterlife.  I have no idea how he views it. I simply bring up this quote because it summarizes the attitude of many that don’t treat that comment as a joke.  They believe death is simply something to set aside and make jokes about.  This may help them defer their fear or uncertainty for the immediate, but nothing for the eventual end they will face.

If you believe in an afterlife, then we can agree that you’re going to exist after you die.  This means you will be somewhere.  Shouldn’t we be concerned as to where that will be?  For the sake of argument, let’s agree for now that good and evil are opposites but each must exist for the other to exist.  If they are opposites they can’t mix in the sense that they will never be one.  You can possess some good and be infected with evil but they will never gel into some type of moral soup.   So just as oil floats on the surface of water because they too can coexist in the same container but not be one in the same, so it is for good and evil.   On earth, in this life, good and evil coexist here.  In the afterlife, they will be separated from each other and good will not have to tolerate evil any longer.  They will be separate. 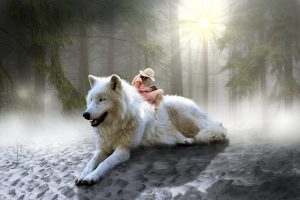 If you believe in good and evil, and that evil should be separated from good, then you must determine what evil is and what good is, not from an earthly standpoint but from an eternal standpoint.  Otherwise you won’t understand where the separation is and how to separate yourself.

Good and evil on this earth are subjective.  What’s good to one is evil to another.   This is true even within cultures.  The Nazi’s determined for themselves, as a culture, the difference between what was good, or right, and what was considered evil, or wrong.  The rest of the world said they missed the mark.  At the Nuremberg trials the Nazi’s claimed that what they did was acceptable within their own culture and questioned the rest of the world imposing their right and wrong beliefs upon the entire German culture.  They stated it was none of anyone’s business.  At that point the prosecuting attorney asked if there wasn’t a higher power outside of all our cultures that determined what was right or wrong?  The prosecutor was of course referring to an objective moral truth rather than the relativistic truth the Nazi’s were using in their own defense.

It would be impossible for truth, or right and wrong, to be objective as long as people on earth were determining what that was.   As long as you’re drawing a line in the sand between good deeds and bad, someone else is drawing that line to either side of yours and you both think you’re correct.  That’s moral relativism.  For good and evil to exist, there must be objective moral truth along with a source for that truth.  If you agree that good and evil exist, then, even though you may not know it, you’re not a moral relativist and you’re agreeing that truth exists outside our time and space.  You’re referencing a moral framework when you say good and evil exist.  If you say that there’s no such thing as objective truth you’re making a truth claim yourself in which case you’ve also stated that your truth claim of there being no objective truth self-destructs.  It defeats itself.  It would be like my saying, “I can’t speak a word of English”.  In making the statement I defeat it.

So, to bring this back to the afterlife, good and evil, as measured here on earth, are different than how good and evil are measured in eternity, which is outside of time and space.  If we’re going to reside in the afterlife we’ll want to understand the difference because between morality here versus there.  Sadly, through pride and arrogance, we may end surprised at what determines our fate after death if we lack the understanding of what’s on the other side of death’s door.  We must humble ourselves and do the research. Embrace the afterlife and learn what our purpose is while we’re here on earth.  We can all live a far better, more fulfilling life when we learn more about our destiny after death.  Death is not the end, it’s merely the beginning of forever.  If I’m wrong on this, and there’s no afterlife then it won’t make any difference for anyone.  But if I’m right, and it’s eternally important, then that alone, is worth the time and effort to pursue the truth.  Death’s door opens for all of us.  We want to open it with a smile, not with fear on our faces.

Soul Searching – Do the Deceased Visit Us?

You CAN Take it With You